OTT TV: All you need to know about over-the-top video

What is OTT TV?

OTT stands for “over-the-top,” the term used for the delivery of film and TV content via the internet. Traditionally you were required to subscribe to a traditional cable or satellite pay-TV service in order to watch your favorite series and movies on your TV set-top box at home.

But with the increase of broadband speed and it’s adoption, companies like Netflix and Hulu changed the way we consume our entertainment. We can now watch whatever we want, whenever we want. The video streaming service Netflix made it clear that a successful video service could be delivered ‘over-the-top’ of the public internet, rather than through the expensive, closed networks of broadcasters and telecom providers. With their disruptive model Netflix now has 93.8 million subscribers globally.

So how bad is this for the telecom providers? Because OTT TV apps and services are delivered over the internet, users still need a broadband connection, which they get from their telecom providers. The most likely outcome would be that the traditional distributors will continue to play an important role in the growth of OTT. Mainly because they specialize in areas that TV networks don’t have an expertise in, including sales, marketing and customer management.

The growth of the OTT market, what is next?

Experts say that within the next five years, viewership hours of live-linear streaming over-the-top (OTT) content will surpass those of traditional broadcast TV. So now that the market is open, everyone wants a piece of it. No one wants to miss out on not having their app on the home screen of a popular TV service. And that’s why over-the-top is the sexiest term in entertainment right now.

Big companies like HBO and Amazon entered the market after Netflix led the way. Recently Disney announced that they as well are about to enter the OTT TV market with their own platform. Disney wants to take the opportunity to make more money through its own service than through licensing its content to Netflix. And that could be a wise decision, as they have a tremendous amount of video content available that serves a niche market (mostly children).

Earlier this week, Apple announced to set $1 billion budget available to create original TV shows and movies, meaning they’re are getting ready to compete with Netflix and Amazon. As a result, it will become harder and harder to get noticed as more players get into the field.

In order to become and stay a successful OTT player you need content. Good content. Netflix found out that content is expensive, and the best syndicated TV shows kept getting snapped up by cable channels or could be taken back like Disney recently did.

So by far the best way to go about this is by creating your own content. One of the biggest pros of OTT is that you have access to a great deal of information from user data, which is invaluable nowadays. Let’s break it down by using Netflix as an example.

By analyzing their own viewer data, Netflix found out that people would binge-watch serial dramas in a way that they would not do for sitcoms. House of Cards was the very first Netflix show that the streaming service used as a sort of Big Data analytics testing ground. Netflix’s robust analytics showed them everything they needed to know about how much viewers loved actor Kevin Spacey, the British version of House of Cards, and director/producer David Fincher — who was well-known for his work in The Social Network. Those three pieces of data made them certain the show would be a home run. They pumped $100 million into the show without even having seen a pilot. That money amounted to one-third of the $300 million annual budget for original shows.

How do OTT platforms bring their content to the user?

OTT platforms all use an online video platform, or OTT backend. An OTT backend typically handles all the media, users, subscriptions, security and rights of the OTT platform. The backend communicates with the different consumer devices. The IAB defines OTT devices as those that “can connect to a TV to facilitate the delivery of Internet-based video content. Also referred to as Connected TV.

The most common hardware devices used for streaming are currently streaming boxes/sticks (Apple TV, Google Chromecast and Roku) followed by smart TVs and Internet-connected gaming consoles. There are some development challenges to bring your content on every device, because each device has their own development stacks for creating apps.

As the market develops and households begin streaming content across an increasing number of OTT TV apps, user experience in the app is becoming a more important factor.

Just as media companies have done throughout history, over-the-top TV services are likely to experiment with a variety of business models. They can largely be broken down into three revenue models:

Most OTT TV services offer a subscription model. As subscription streaming video options expand, consumers are becoming less likely to rent digital video. Digital video rental (TVOD), which has never been that popular, is expected to continue to decline to less than 5% of total OTT revenue. Niche SVOD services carry the big potential.

A study from Parrot Analytics suggests that by teaming up with a more popular OTT service, the niche SVOD providers stand to improve the size of their target audience, therefore increasing the chance of their content falling into the laps of the right people.

The OTT and SVOD industry is evolving and is gaining increasingly more commercial power each and every day. When content owners and service providers are able to overcome the technical challenges, they have a huge opportunity in front of them. Focus on growing, producing great content, and protecting your subscriber base and increase the average revenue per user.

Contact us if you need any advice on your OTT strategy.

Please contact one of our online video experts. We’d be happy to give you personal advice about how you can get the most out of your video content.

The all in one video platform for storing, publishing, converting, selling and analysing your video content. 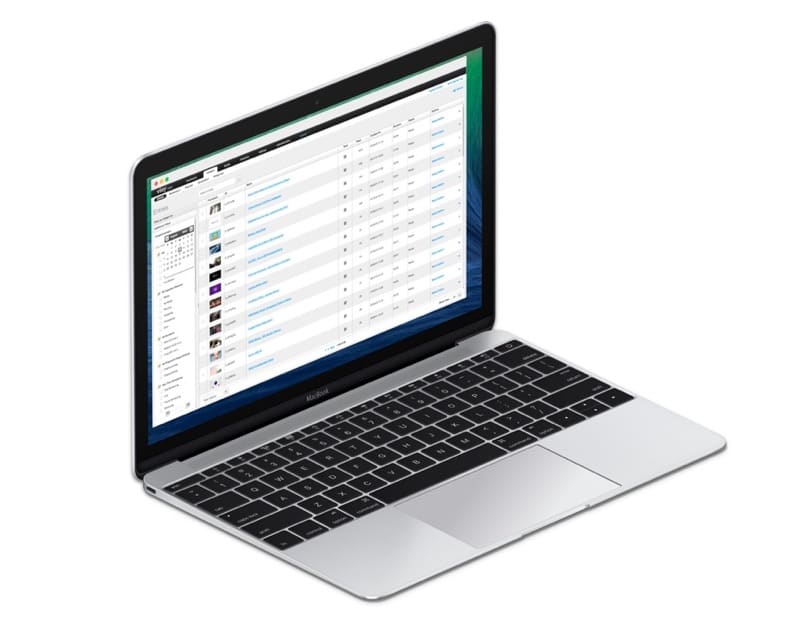 Start your own video on demand platform. Sell movies, TV shows, web series and more on desktop, tablet and smart TV with our white label solution.

When to consider your own in-house production studio?

When to consider your own in-house production studio?

Press release: NEP the Netherlands takes an interest in the online video management..

How to secure your videos with tokenized video delivery

How to secure your videos with tokenized video delivery